You are here: Home / News / Uncategorized / 15 Best Immigration Attorneys of Nepali Origin in the US

15 Best Immigration Attorneys of Nepali Origin in the US 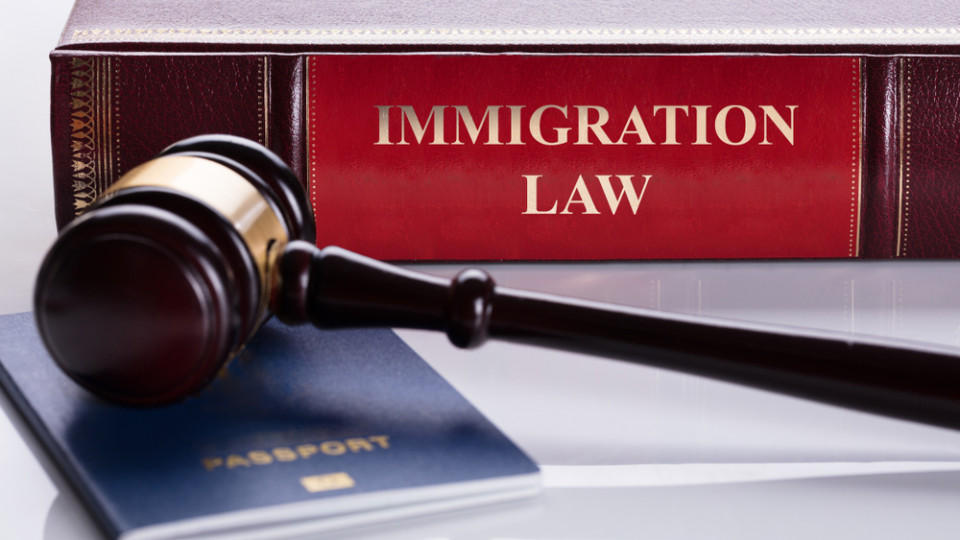 Chhetry & Associates domestic and international presence should only speak volumes of their successes. Founded by Attorney Khagendra Gharti Chhetry, 25 years of practice has evolved into 5 domestic offices and thousands of success cases. New York has been home to Mr. Khagendra for decades, including his graduations from both Fordham and Columbia Law Schools. The firm’s primary focus is immigration law, lending representation and handing green cards to student’s, family member’s, asylee’s, investors, and more. Despite immigration as the primary focus, Chhetry & Associates is a full-service law firm with first class representation in business law, criminal litigation, personal injury, real estate and more. Attorney Binod Roka is an immigration attorney with decades of expertise and extensive international acclaim. His legal career began in Nepal, where he was recognized as an Advocate of the Supreme Court. Mr. Roka’s ambitions brought him to New York, where he earned his Master’s Degree in Laws and later, opened his private practice in Queens. His services are as wide ranging as his accomplishments. Decades of business and individual immigration petitions, removal defense, asylum and even personal injury and divorce law results are reflected through membership in multiple international and national bar associations, published articles in Nepalese legal journals, and even recognition as a distinguished honorary by NYC Comptroller Willian Thomason JR. Mr. Roka and his firm provide the consummate international legal experience right at home. Attorney Ramesh K. Shrestha is known to his clients as many things: a gentleman, “like my own brother,” an invaluable resource, and dedicated. Clearly, Mr. Shrestha’s 24 years of immigration experience have garnered tremendous results. The New York based legal firm provides extensive services, a reflection of Mr. Shrestha’s experience. While family immigration, fiancée petitions, naturalization and deportation defense and more are his immigrations strong suits, Mr. Shrestha further specializes in business immigration, consultation into business formations and closings, and even divorce. Shrestha Law Firm’s commitment to representing international clients is represented in its international leadership as well as Mr. Shrestha’s dedication to travel to any corner of the country to represent a client in need. The E-2 Visa King wants to help you realize your American dream. Also known as the Greencard Maker, Attorney Keshab Seadie has achieved over 50,000 (and counting) H-1B visa approvals over the last 20 years. Mr. Seadie’s primary focus is business immigration, handling H1-B and investor visas, labor certifications, as well as consulting family-based immigration cases. The only priority is his client’s business priority, and Mr. Seadie succeeds in just that with thousands of green card approvals and over 200+ company’s he has helped move forward. The Greencard Maker brings a wealth of international experience as a former United Nations staff member and professional speaker. Any client of his is in knowledgeable hands. Dahal & Associates LLC was founded by Attorney Bandita Sharma-Dahal. Specializing in immigration, the firm is led by an immigrant herself. Ms. Sharma-Dahal has spent almost her entire life dedicated to helping others; she even helped found a Nepalese non-governmental organization focused on women’s rights. Her skills and passions are now put to use obtaining green cards and visas for workers, family members, investors, and entertainers, in addition to defending immigration clients through appeals or defense. Ms. Sharma-Dahal’s devotion to combatting injustices is reflected in her pro-bono work with the Penn Immigrant Center as well as membership in the American Nepal Women’s Association of Greater Washington. Wherever there is an opportunity to contribute their knowledge and talent’s, Dahal & Associates LLC is ready. The capital of the United States is home to Attorney Niranjan “Nir” Adhikari, whose services are as monumental as the capital itself. Mr. Adhikari graduated from the Berkeley School of Law and later made his way to the East Coast, gaining admission to the New York State Bar. His 8 years of immigration experience carries dynamic range – from representing family green card applications to advising multinational companies on U.S. immigration law. Mr. Adhikari’s experience is unprecedented, extended and highly coveted. He has worked everywhere, from the International Criminal Court to the Ministry of Law, Justice and Parliamentary Affairs in Nepal. Whether it’s a pro-bono client or a Fortune 1000 company, Mr. Adhikari invests his genuine efforts to ensure his clients succeed. From California to Texas, the Rijal Law Firm aims to provide immigration legal services to the Western United States and their clients around the world. Their services are extensive, covering employment and family-based applications, deportation defense, investor visas, student visas and much more. Led by married attorney’s/partners Saurab and Chandani Rijal, clients get the expertise of 2 Nepalese attorneys for the price of 1; none of their visa applications has ever been denied. Revered as the dynamic duo, Mr. and Mrs. Rajal, graduates of the Thomas Cooley School of Law, continue to devote their efforts to resolving a broken immigration system. Attorney Yagya P. Nepal is San Leandro’s premier immigration attorney. With services ranging from family and humanitarian-based cases to employment-based immigration, the Law Offices of Yagya Nepal service Alameda County and surrounding areas with a wide range of options. Mr. Nepal graduated from the University of the Pacific McGeorge School of Law in Sacramento, California. From 2007 to the present. Mr. Nepal moved upwards into his solo practice after years of legal immigration experience. Mr. Nepal also offers services in his name-sake country. His Nepal-based legal consulting firm, Legal Zoom and Research, extends his services and expertise to his home country. Once again, Mr. Nepal aims to provide a wide range of international legal services including litigation, foreign investment and private international law. In the United States, Mr. Nepal provides free immigration consultations. The extensive legal education and experience of Attorney Girija Gautam is impressively rare. He completed his law degree in Nepal, further obtaining his Master in Comparative Law in India, receiving a gold medal. His foray into U.S. immigration and Nationality law began after graduation from Columbia Law School, founding his own practice in New York. Mr. Gautam represents the human spectrum – investors, teachers, doctors, athletes and family. He also lends his experience to corporations pursuing H-1 or L-1 visas, and labor certifications. Mr. Gautam’s dedication to his practice reflects both in his client successes and in his contributions to his community. Whether he is in the office or contributing his valuable time to a non-profit. Mr. Gautam invests his experience anywhere he can to make the world a better place. Although he only started practicing immigration law in 2015, Attorney Dhan B. Basnet’s entire legal career spans over 2 decades. Starting with his Bachelor’s of Law in Nepal, Mr. Basnet practiced in his home country for 17 years until becoming an immigrant to the United States himself. He graduated from the University of Washington with his Masters of Law, resolved to representing immigrants with his own personal and professional experiences. In 6 short years, Mr. Basnet has succeeded in representing naturalization and asylum clients, consulting for U and K visas and uniting families with petitions. The Law Offices of Dhan Basnet works diligently and zealously to support immigration clients amidst the immense complexities of the U.S. immigration process. Immigration clients in the Bay Area and beyond looking for an immigration attorney who shares their story are lucky to have Attorney Gopal Shah. Mr. Shah makes it clear he is an immigrant too, undergoing the same process and experiencing the same emotions. After graduating from law school in Nepal, he finalized his legal education at the Golden Gate University School of Law. His intent in founding his firm is to extend immigrants the same opportunities he himself has had. Family immigration law is his area of expertise, including asylum and other humanitarian visas. Mr. Shah’s dedication to supporting the American immigrant experience goes beyond his office walls, speaking at many programs and supporting immigrants through community events and organizations. Attorney Smarika Kunwar was only in high school when she immigrated to the United States as a student. Having to go the intensive immigration process at a vulnerable and impressionable young age as made Ms. Kunwar the ultimate representative for her clients. A graduate of William Mitchell College of Law, Ms. Kunwar has practiced immigration law on all sides of the United States; from Kentucky to Colorado. Now based in Denver, she works on family petitions, immigrant visas, defending clients in immigration court. There’s no wonder she was named one of Colorado’s Rising Star Lawyer’s in 2019 and 2020. The best legal representation comes from an attorney who places your case at the center of their orbit. Orbit Law was founded by Attorney Kripa Upadhyay, a first-generation immigrant. Following graduation from Seattle University School of Law, Ms. Upadhyay has narrowed her legal expertise to representation for corporations and international investors. Her primary goal is to ease the burden of companies and foreign talent by providing legal expertise in immigration applications, and the immigration implications of international mergers and foreign recruitment. Outside of the office. Ms. Upadhyay uses both her professional and personal experience to educate newly arriving immigrants and refugees. The Orbit Law Firm has evidently paved the way for Ms. Upadhyay to shine; she’s been named “Washington’s Rising Star” by Super Lawyers Magazine, 5 years in a row. Before practicing immigration law herself, Attorney Merina Shakya underwent the same life changing experiences her own clients undergo today. Her legal expertise is highlighted by a personal empathy that brightens otherwise uncertain and often difficult legal circumstances. A graduate of Chicago’s John Marshall Law School, Ms. Shakya’s professional life is as dynamic as her personal one, with experience in biochemistry and biotechnology. Ms. Shakya’s passions reflect in her specified services, primarily focused on representing client’s facing deportation in immigration court and advising immigration clients with criminal backgrounds. Her passion for litigation allows her to achieve justice for her clients to the greatest extent possible. Attorney Tenzin Wangyal is the epitome of the American dream, immigrating to the United States at 21. Despite all the odds and barriers any immigrant faces, he graduated from Northeastern School of Law and opened the doors to his own immigration firm one year later in 2011. Since then, Mr. Wangyal has maintained 2 immigration offices on the East Coast, combining his personal experience with his professional prowess to unite families, defend those at risk of deportation and represent businesses. His multifaceted approach to his immigration law firm shows through his accomplishments. Mr. Wangyal’s immigrant identity allows him to represent his immigration clients with the fullest extent of his integrity, as well as giving back to his